As an Adult Cadet Force Volunteer, he joined other successful cadet instructors to receive his certificates at the CVQO Spring Graduation Ceremony at the world-famous Army training academy.

"I had an amazing day at an amazing place. It was a privilege to visit Sandhurst military academy, and see where so many top military personnel have been taught leadership skills.

"It's been my privilege to work with cadets over the years and it was very interesting to meet others who work with similar groups of youngsters from all over the country." 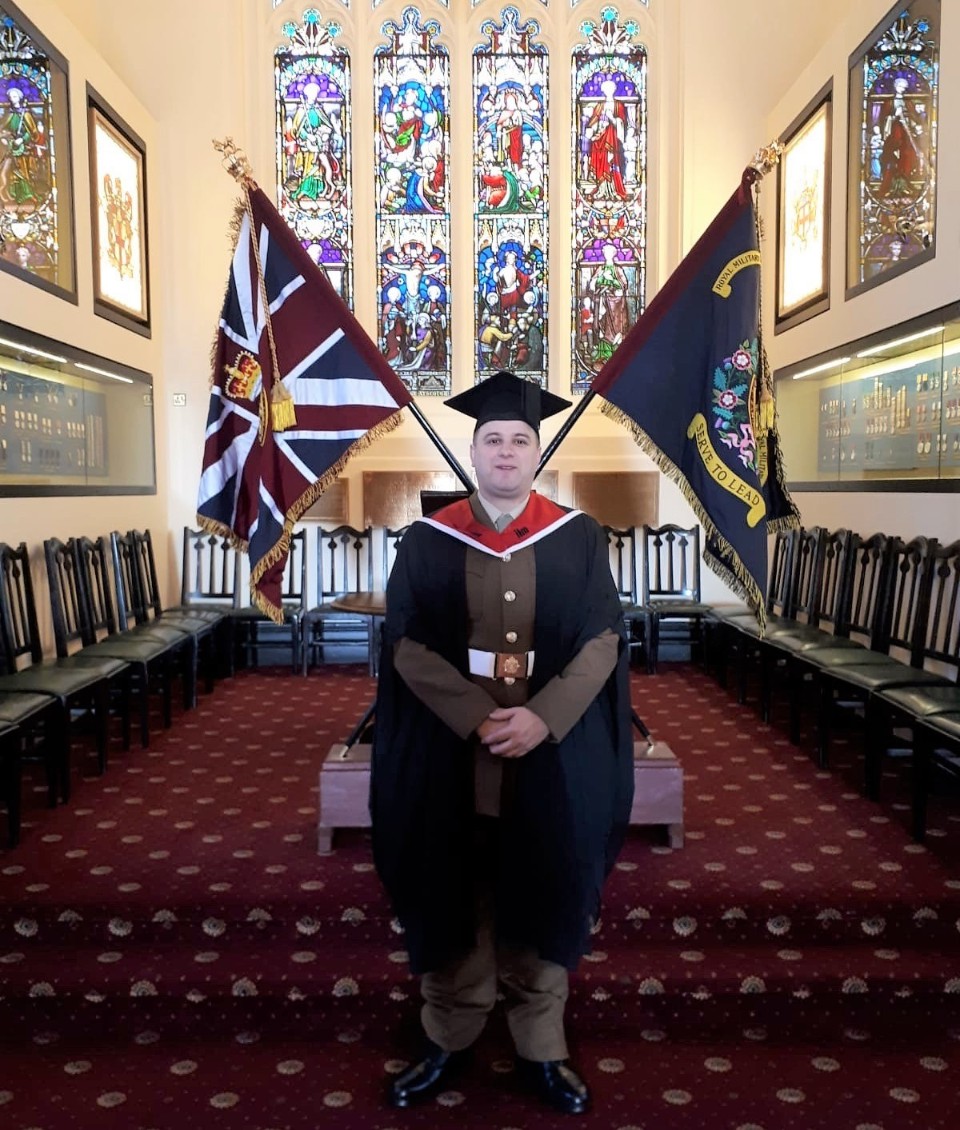 "Drew's contribution to training Army cadets has been invaluable and we are lucky to have his military awareness within our housing team when it comes to helping veterans with housing needs. These new qualifications will prove extremely useful to him and all those he works with and in support of."

Drew, a Staff Sergeant within cadet force ranks, runs cadet detachments at Bourne, following years with detachments at Grantham's Prince William of Gloucester Barracks for the Royal Logistics Corps and The Royal Lancers.