The memorial stands on a granite plinth in the heart of the Civic Quarter near statues of two famous sons of the town - Sir Isaac Newton, one of the world's greatest scientists, and 19th century politician the Hon Frederick James Tollemache.

It will be officially unveiled by the Public Memorials Appeal (PMA), which funded the monument through public donations, at a later date. 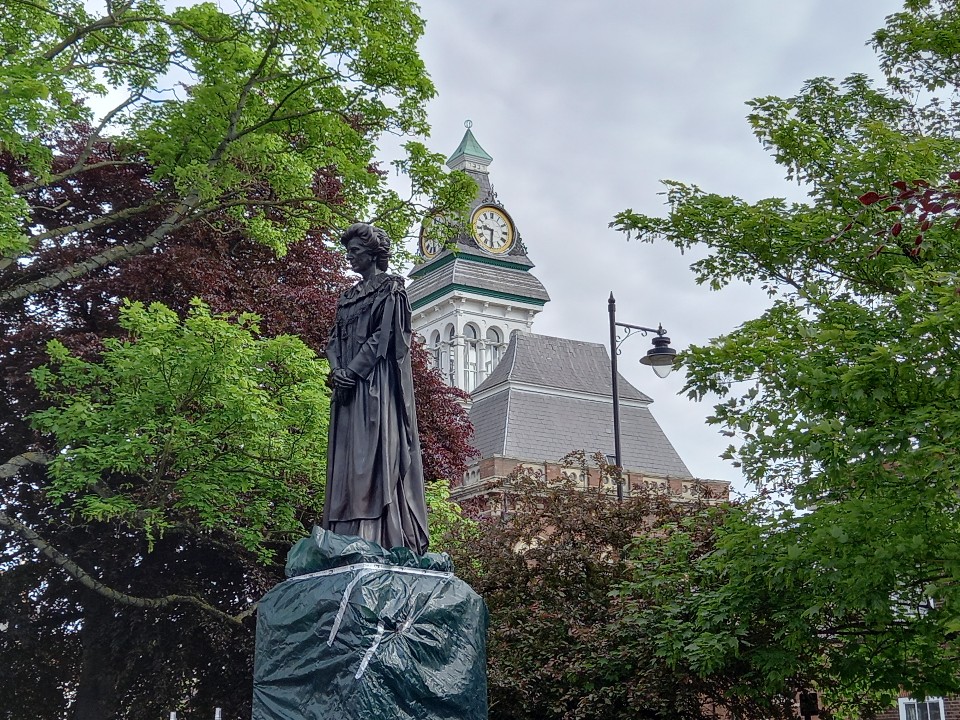 Graham Jeal, of the GCHA, said: "There has long been a conversation in Grantham about a more permanent memorial to the country's first female Prime Minister who was an enormous political figure, both nationally and internationally.

"The delivery of the memorial has secured the museum for the next few years and has helped the museum finances survive the Covid pandemic. It is recognised that the full spectrum of views exist in Grantham about the legacy of Margaret Thatcher and an exhibition inside the museum illustrates this."

The Leader of South Kesteven District Council, Cllr Kelham Cooke, said: "This memorial statue of the late Baroness Thatcher of Kesteven will be a fitting tribute to a truly unique political figure.

"Margaret Thatcher will always be a significant part of Grantham's heritage. She and her family have close ties with Grantham. She was born, raised and went to school here.

"It is, therefore, appropriate that she is commemorated by her home town, and that the debate that surrounds her legacy takes place here in Grantham. We must never hide from our history, and this memorial will be a talking point for generations to come.

"We hope that this memorial will encourage others to visit Grantham and to see where she lived and visit the exhibition of her life in Grantham Museum.

"This is about inspiring, educating and informing people about someone who represents a significant part of Grantham's heritage." 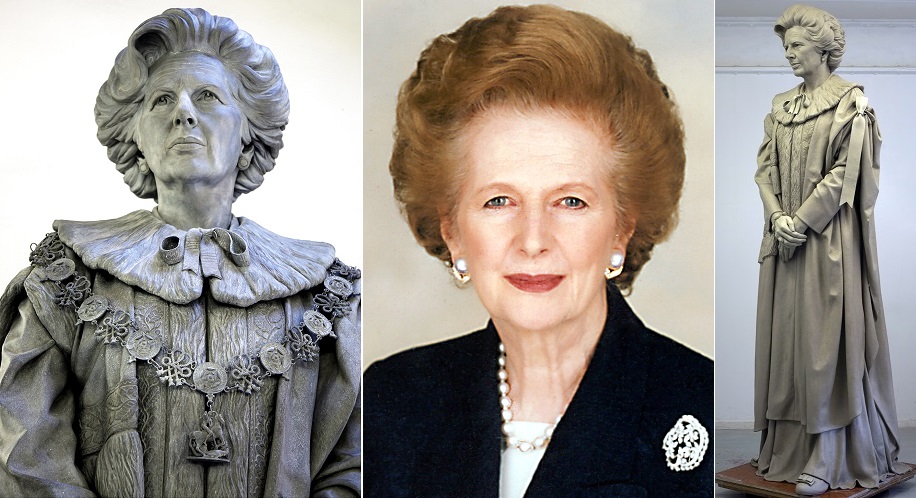 A plinth and associated paving were installed on St Peter's Hill Green, close to Grantham Museum, in late 2020 but further progress was halted due to the Coronavirus pandemic.

Margaret Thatcher (nee Roberts) was born and raised in Grantham and attended Kesteven and Grantham Girls' School, before gaining a scholarship to study at Oxford University. Her father Alfred, a grocer, was Mayor from 1945 to 1946. She entered the House of Lords in 1992.

She was Prime Minister from 1979 to 1990 and was the longest serving Prime Minister of the 20th century. Nine years on from her death in April 2013, her social and economic legacy continues to divide opinion, with strong feelings on both sides of the debate.

The memorial was commissioned and paid for by The Public Memorials Appeal - a registered UK charity with the objective to commission and erect memorials of people with historical importance.

The installation has been delayed for a considerable time because of the pandemic and all parties agree the time is now right to proceed.