The 25-acre park was named after Her Majesty Queen Elizabeth the Queen Mother in 1980 to mark her 80th birthday.

An oak tree has been planted in a Covid-delayed event originally scheduled for last year at the green open space, which is managed by SKDC.

Former Grantham Mayor Paddy Perry, with teacher Nita Anderton and SKDC Parks Project Officer Steve Frisby were there for the opening, Nita as a young schoolgirl. They reunited for the anniversary event where Mr Perry recreated his original role in planting a tree.

Cabinet Member for Culture and Visitor Economy, Cllr Rosemary Trollope-Bellew, said: "It's great to see us all together, not only to celebrate this beautiful park, but by planting trees we are making such a positive contribution to the environment and creating a long-term future for our parks.

"In 2012, 60 silver birch trees were planted in this park, by local people in the form of a diamond to commemorate Her Majesty's Diamond Jubilee. A very fitting contribution to our one and only public park with notable connection to the royal family.

"The Friends of Queen Elizabeth Park Volunteer Group would also like this oak tree to be planted as part of the Queen's Green Canopy, an initiative to mark the Queen's Platinum Jubilee in 2022."

Hosting the event, SKDC Chairman Cllr Bred-Rae Griffin, said: "This oak tree has been gifted to the park for this anniversary and I would like to formally accept the tree on behalf of South Kesteven District Council and to thank Emma Littleover for donating this tree, a fantastic addition to an already flourishing park. Thank you."

Trees planted in the park at its opening in 1980 included ten each of maple, whitebeam, lime and birch, and five each of hornbeam, sweet chestnut, beech, copper beech, ash, walnut, willow and horse chestnut, which have matured to give the backdrop enjoyed by visitors today.

Earlier this month, Queen Elizabeth Park was awarded Green Flag accreditation for the first time. The award, managed by environmental charity Keep Britain Tidy under licence from the Ministry of Housing, Communities and Local Government, go to well-managed parks and green spaces, and is seen as a benchmark for quality.

It hosts woodlands, meadows and conservation areas, a small playground with a zip line, picnic benches, seating, learning and interpretation, the commemorative Diamond Grove, and a members' only fishing lake. The park is a favourite with dog walkers, joggers, and cyclists, with Sustrans Route 15 running along the riverside path and continuing into Wyndham Park. 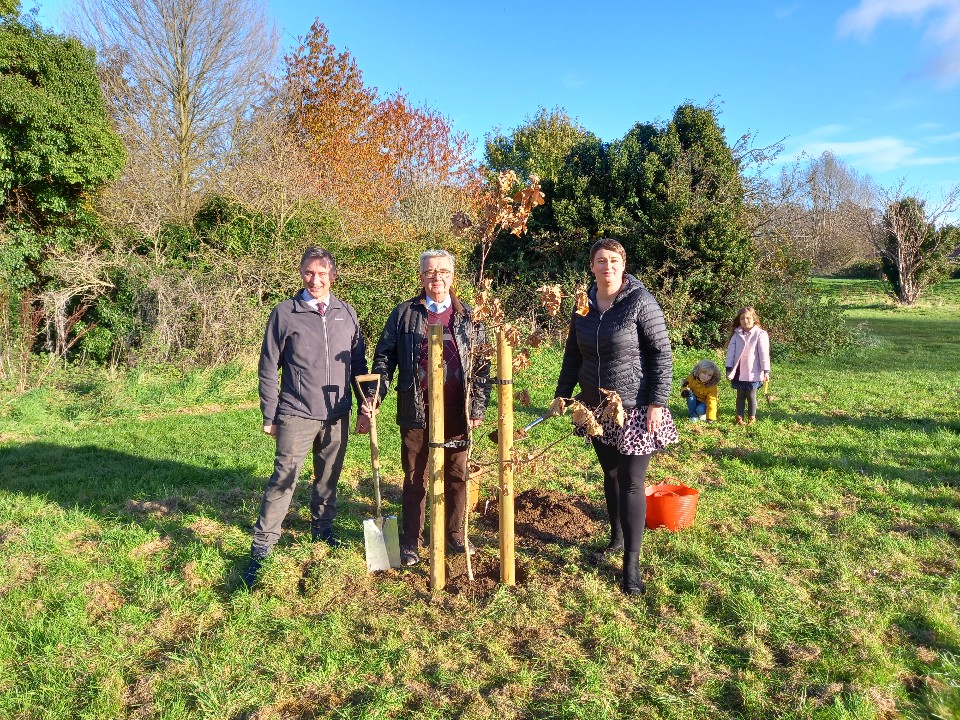 Steve Frisby, Paddy Perry and Nita Anderton, who were all at the park opening 40 years ago

Paddy Perry with the original plaque 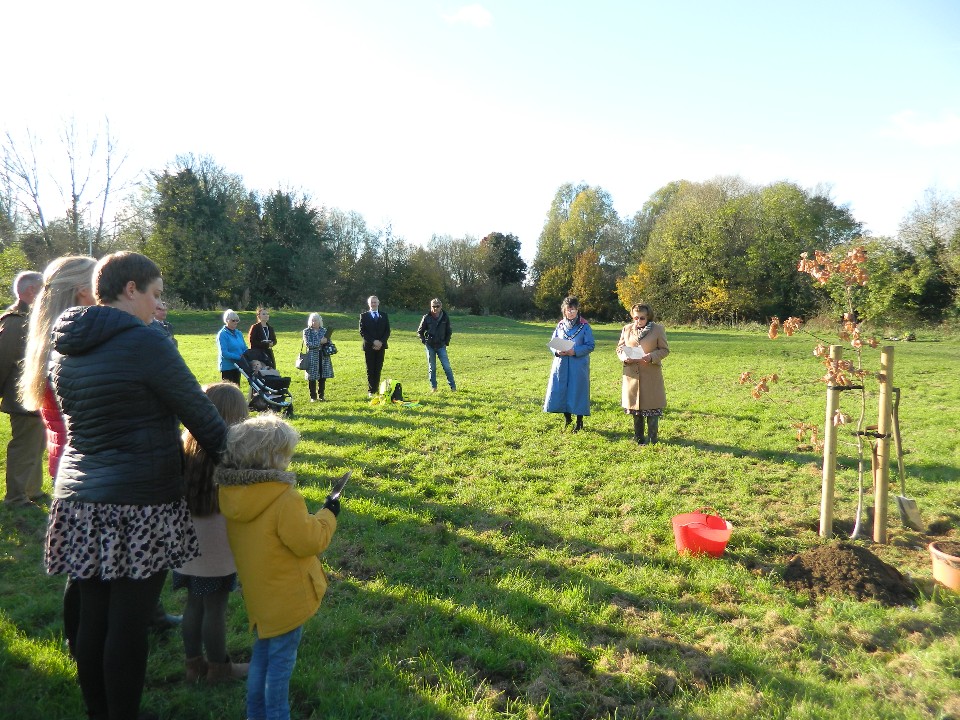