SKDC Chairman Jacky Smith, in her last official engagement in office, said that wartime Prime Minister Winston Churchill's famous speech "Never in the field of human conflict was so much owed by so many to so few" referred to the air campaign.

She said: "This specific line referred to the ongoing efforts of the Royal Air Force crews who were, at the time, fighting the Battle of Britain, the pivotal air battle with the German Luftwaffe as Britain was expecting an invasion.

"Pilots who fought in the battle have been known as The Few ever since. The Few are specially commemorated on 15 September which is known as the Battle of Britain Day."

The battle came to a head on this date in 1940, when 13 hours of intense conflict over south east England countered the Luftwaffe's longest bombing attack against Britain and destroyed invasion barges massing in French and Belgian harbours, ready to carry thousands of German troops and equipment onto English soil.

SKDC Armed Forces Champion Cllr Dean Ward added: "Remembering, and more importantly understanding, the violence and barbarism we are capable of inflicting on others, is a way for the younger generation to build on those lessons and learn from them.

"We must remember this victory came at a cost and that is why we must always remember The Few and the ultimate sacrifices they and their families made for our freedom." 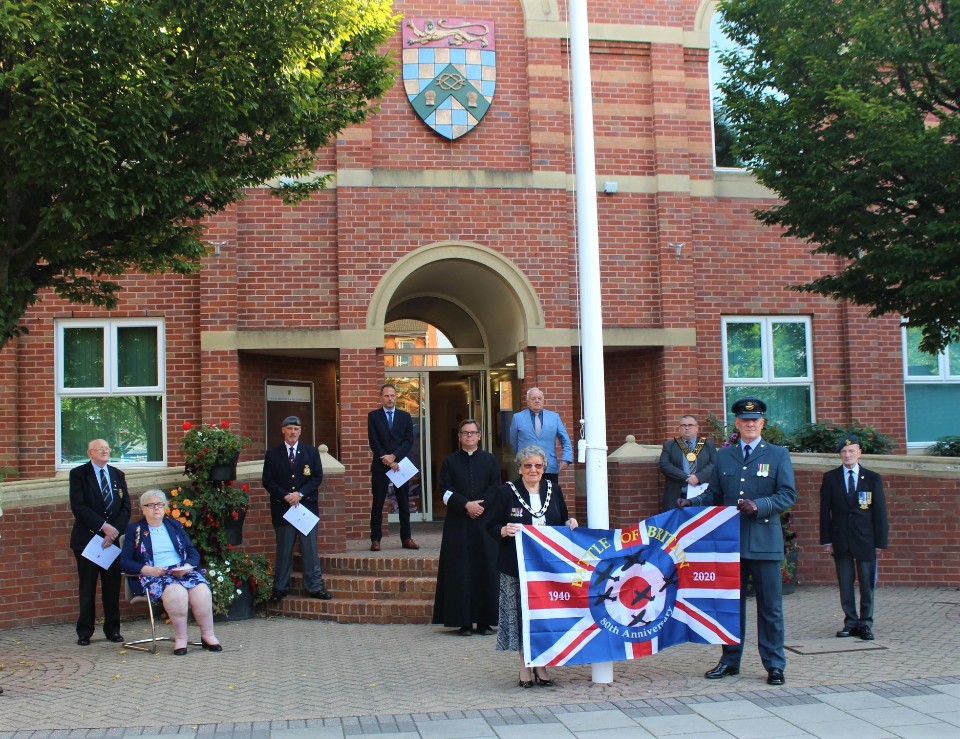 The flag will remain flying until Wednesday 16 September 2020.