The card is based on a highly successful scheme in Rutland and is aimed at helping all service personnel, including reservists, veterans and widows or widowers, who live in the district. It works alongside the national scheme but seeks to support stronger communities by encouraging people to buy local.

One of the first to sign up for a card was SKDC forces champion Cllr Dean Ward, who served in the RAF Regiment.  He is calling on service colleagues to apply for a card and for the local business community to support them.

The sentiments are echoed by SKDC Leader, Cllr Kelham Cooke, who said: "It is really important to recognise our significant services community. We want  to show how much we appreciate those who serve or have served our country.  At the same time, we hope the scheme will further support our local shops, businesses and wider communities."

Apply for your Discount Card

Speaking for the local forces community, Lt. Col. Charlie Haines, Commanding Officer at Prince William of Gloucester Barracks, said: "This initiative by South Kesteven District Council demonstrates the local community's support to members of the Armed Forces and our veterans.

"It is hugely welcome and reaffirms South Kesteven's historic backing to the Armed Forces as well as acknowledging their role locally and in the service of our country."

Lesley Pashley, from marketing and creative specialists Nettl, was one of the first local businesses to support the scheme.

She said: "We are delighted to be offering the card and helping the military community. One of the ways that we can be of practical help is by offering marketing start-up packages for those who are leaving the forces to set up their own business."

"The club has been offering Armed Forces personnel and veterans discount on tennis club and gym memberships for a while, but this card enables us to be part of a community scheme. We feel it is very important to recognise the service, past and present, that these people have given and continue to give to the country."

The card is the latest step in a programme aimed at supporting the district's services community, co-ordinated by Armed Forces Officer Michelle Woolman Lane who heads up a cross-border Military Covenant project involving South Kesteven, Rutland and Harborough. 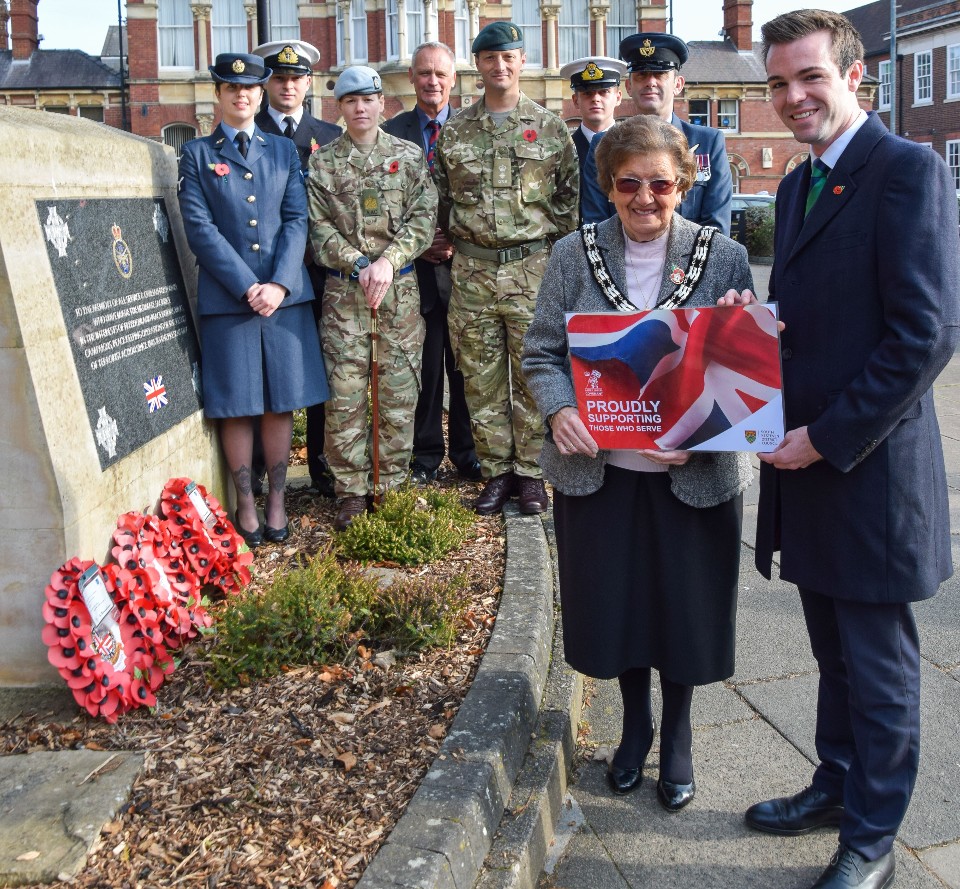