Chris Kennedy, of Roll and Scroll in Grantham, was so disgusted by the damage to the metal sculpture in the town's Wyndham Park that he contacted park owners South Kesteven District Council with the offer to repair it.

Mr Kennedy, whose company specialises in military commemoration work, said: "I thought it was disgusting. Those responsible have got no respect and don't understand the sacrifices previous generations have made."

SKDC's Cabinet Member for communities and wellbeing, Cllr Robert Reid, said: "We are very grateful to Chris for repairing the sculpture to a standard befitting the sacrifice of those it remembers."

Elizabeth Bowskill, the secretary of the Wyndham Park Forum whose volunteers help look after the park, said: "The Machine Gun Corps sculpture is a landmark within the park. Chris has done a fantastic job and it is once again looking its best." 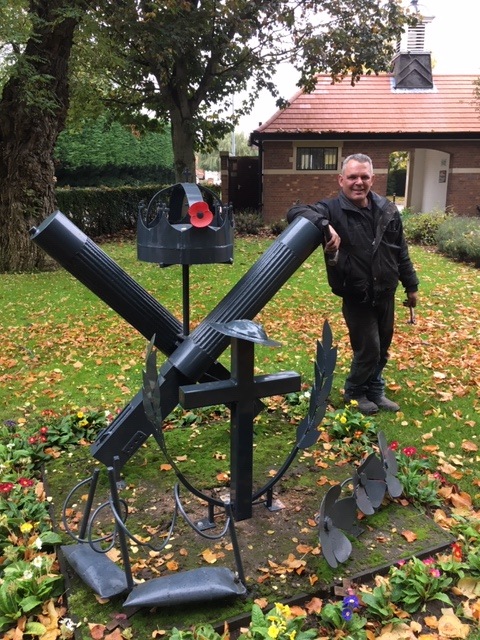