It is part of the 'Fly a Flag for the Commonwealth' initiative, now in its fifth year, and involved around 40 guests, including the Chairman of SKDC, Cllr George Chivers and local schools.

The event in Grantham was one of more than 1,000 flag raising events across the world in a shared celebration of the friendship and co-operation opportunities offered with fellow Commonwealth citizens of all ages.

Joining this year's theme of A Connected Commonwealth, Cllr George Chivers said: "The Day now provides an annual opportunity to celebrate the contemporary role of the Commonwealth and the part it plays in world affairs.

A message from the Secretary-General of the Commonwealth of Nations, The Right Honourable Patricia Scotland QC, was read, which said: "Local and national flag raising ceremonies in school yards, on village greens, in town squares, and on mountaintops and beaches, bring greater understanding and appreciation of the values and principles of the Commonwealth Charter."

Prayers were led by Fr Stuart Cradduck, of St Wulfram's Church. It is the third time that SKDC has supported Commonwealth Day. 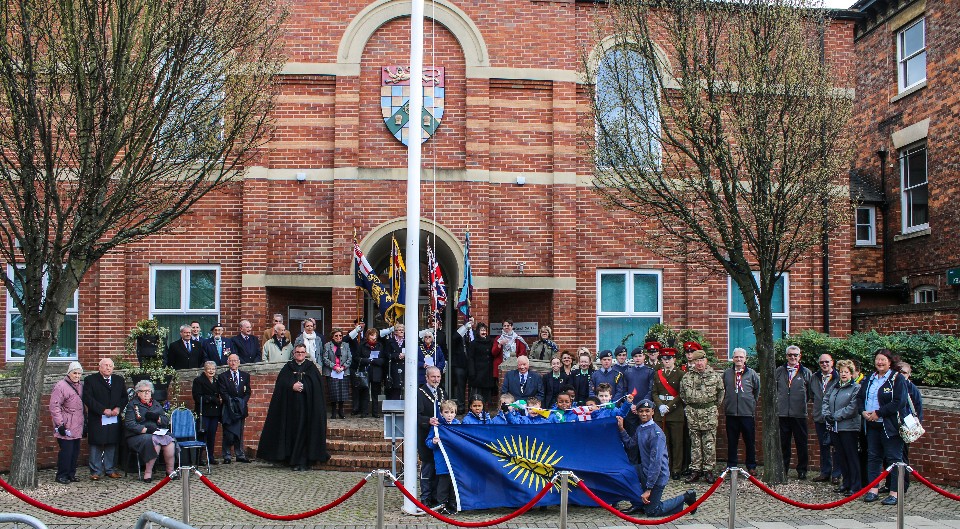