South Kesteven District Council is to work with all its partners, including contractors and the police, to help stamp out the scourge of modern slavery.

The new cross-party agreement will build on work already under way to make the community safer and will help realise the council's ambition to make South Kesteven a better place to live, work and visit.

The decision came after presentations to councillors by Det Ch Supt Chris Davison, from Lincolnshire Police, and the council's own Community Engagement Officer, Carol Drury.

They outlined instances of Modern Slavery in the county, including Operation Pottery, where vulnerable people were held captive working for a controlling family in various locations, one victim for over 20 years. The resulting prosecution saw jail sentences of up to 15 years for 11 defendants.

Cllr Phil Dilks, who tabled the original motion, said: "The fact that the most shocking case of modern slavery to come to light so far happened in Lincolnshire - with vulnerable people held, abused and exploited in appalling conditions for more than 20 years - has been a massive wake-up call.

"So when I first brought this motion to council as a ten-point action plan, I was delighted there was cross-party support to strengthen what we do as a council to be more alert to modern slavery and to increase public awareness of the problem.

"Sadly, modern slavery can be 'hidden in plain sight' so I am pleased the council is taking steps to make sure the issue is at the forefront when we purchase goods and services. But as residents using services such as gardening, building, car washes or nail bars, we all have a responsibility to be aware of the tell-tale signs of modern slavery - and not be afraid to report any concerns to the council."

Cabinet Member for Communities, Wellbeing and Skills, Cllr Jacky Smith said: "This has been an eye opener. What we've seen and heard today certainly makes you sit up and think.

"Wherever we are and whatever we are doing, if ever we see or suspect something then we should take note. Better one false report than more wrecked or neglected lives. People should also take the message home to family and friends. If you see something that doesn't seem right, it probably isn't right."

Chief Executive Aidan Rave said: "We can't avoid being shocked by what we have heard today. A safe community is not just the responsibility of the police. If our officers see signs and are alert to Modern Slavery, there is more chance of being able to do something about it.

"The council is more than just the jobs we do, it is also about shaping the community. We will communicate this message to staff, not just about modern slavery but about the many things we do to make our community safer."

Det Ch Supt Chris Davison also welcomed the pledge. "I am heartened by the amount of energy, enthusiasm and willingness to work together," he said.

South Kesteven District Council's motion, supported by the Communities and Wellbeing Overview and Scrutiny Committee, states: "In the spirit of working to do everything within its power to eradicate this and recognising recent changes in the way projects and services may be delivered, the Council resolves to work with contractors, police, and HM Revenue and Customs to deal with instances of modern slavery and to build on its existing Public Statement. The Council further undertakes to request the Communities Overview and Scrutiny Committee review the council's existing commitments, including those set out in the Equality and Diversity Annual Position Statement 2017 and propose any further recommendations as appropriate." 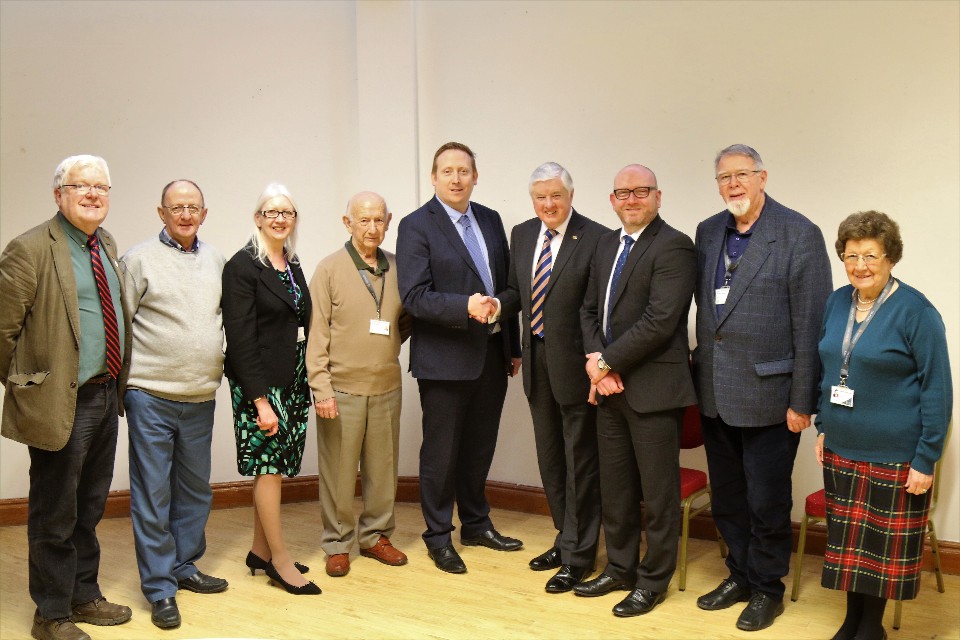