The feature has been donated to the people of Grantham by local businessman Chris Kennedy, who manufactured it at his fabrication firm Roll and Scroll. He has so far created over 100 similar benches, many to mark the centenary last year of the end of the First World War.

The Heritage Lottery-funded World War One Memorial Park is already a focus for the Great War and has ambitions to welcome up to a million visitors a year.

It is owned and maintained by South Kesteven District Council, whose chairman, Cllr George Chivers, unveiled the new seat.

He said: "This new memorial bench is the perfect combination of being both sombre and ornate, and is being installed at the heart of everything that goes on here.

"As the sun goes down on our Memorial Park each day, it will shine on to this new bench. It is a further lasting legacy to honour those who served during World War One and will be a welcome addition."

Mr Kennedy organised his own online fundraising for the project, supported by Steve Wright from Kirk's Cranes.

Mr Kennedy said: "I've been making these benches for three years and thought I would create one for the town. When it got really busy towards the WWI Centenary last year I thought it would be nice to do something for Wyndham Park too. It is an ideal spot.

"We realised there are a lot of caring people out there and memorials like this really hit the heart."

Mr Wright added: "We decided that Wyndham Park would be apt as it is the WWI Memorial Park and we both have fond memories of it from our youth. We are delighted to be involved in such a generous gesture and worthwhile project."

The steel bench is black powder coated and features the silhouettes of "Tommy" soldiers and is adorned with red poppies.

It is being installed by the boating lake and the Peace Pole. It will be close to the WWI memorial Clock donated by Castle Clocks and add to the overall visitor experience near the new visitor centre.

Look out for SKDC's Easter programme of events for Wyndham Park, which run from 10am-1pm on Saturday 20 April. 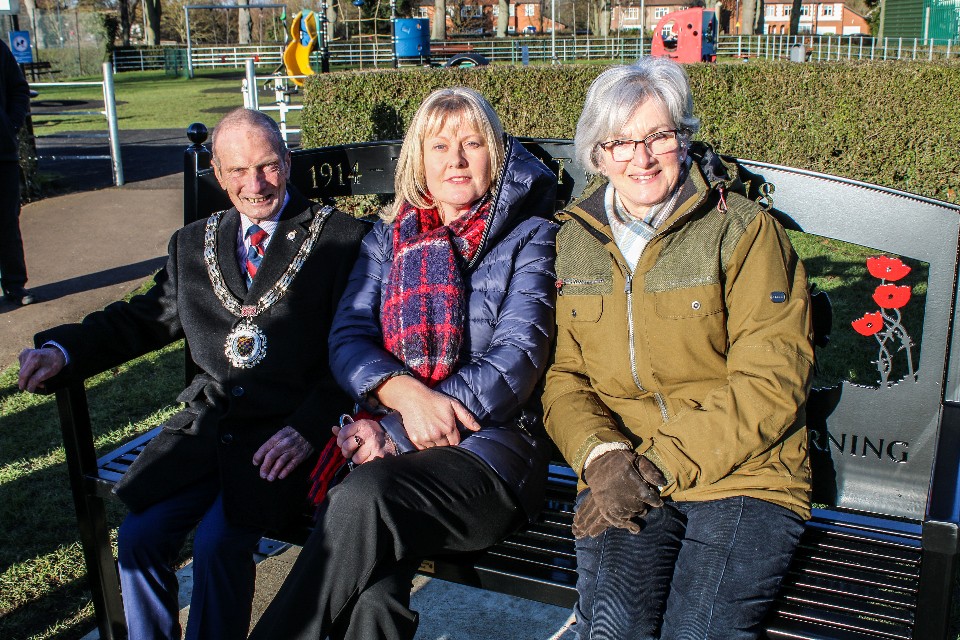