Some, like Sir Isaac Newton, are internationally recognised. Others, like suffragette Mary Anne Rawle and Arthur Blissett, one of the Royal Marines who joined Captain Scott for The Discovery's voyage to the Antarctic, are less well known.

All deserve to be recognised, believes the Civic Society, which has listed the plaques in an easy to follow trail with a QR code on the front of the guide to instantly access more information through its web site www.granthamcivicsociety.co.uk

Cllr Nick Robins, SKDC Cabinet member for retail and the visitor economy. "We have been delighted to help the Civic Society produce this guide," he said.

"It's amazing to see just how many people from Grantham have changed the world, and in so many different ways. It's a significant step forward to be able to guide visitors and local people alike around the town for them to witness those achievements for themselves.

For Grantham Civic Society, Ruth Crook said: "We are very proud of the sheer numbers of people who have left their mark throughout the history of this remarkable town, from the science legacy of Newton to the less recognised areas of astronomy, wax modelling, activists, explorers and military milestones.

"We want people to explore our blue plaque locations and use the QR code to access our web site and share our celebration of so many key figures associated with Grantham. We are researching more local stories and planning more plaques for 2019."

The guide is downloadable from the Grantham Civic Society web site and available from the Guildhall Arts Centre Visitor Information Centre, Grantham Library and Grantham Museum. 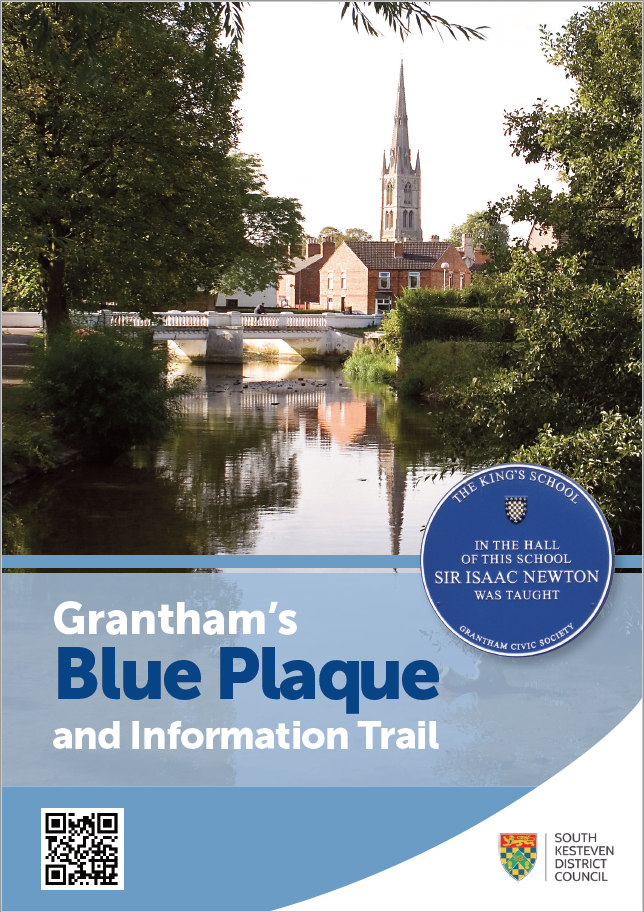