The park, managed by South Kesteven District Council, will be going green to celebrate achieving Green Flag status for an amazing ninth year in a row - and to say a massive thank you to all the parks staff and volunteers for their hard work.

Wyndham Park is one of 80 locations across the country taking part in the Go Green For Parks initiative and is illuminating its former Ticket Office to highlight the importance of public parks and green spaces, and acknowledge the role of volunteers who commit their time to help maintain and improve them.

The Green Flag Award scheme, managed by environmental charity Keep Britain Tidy under licence from the Ministry of Housing, Communities and Local Government, recognises and rewards well-managed parks and green spaces, and is seen as a benchmark for quality.

Wyndham Park is one of more than 2,000 sites across the country to receive the award for 2020.

It has also, for the first time, received coveted Green Heritage Site Accreditation for the management of its historic features.

The award is supported by Historic England and acknowledges our management and maintenance standards in respect of the park's heritage. A plaque has been installed marking the achievement.

A £1m project to restore Wyndham to its former glory as a World War One memorial park was completed in 2018, thanks to a National Lottery Heritage Fund grant.

SKDC Cabinet Member for Commercial and Operations, Cllr Dr Peter Moseley, said: "Public parks have always played a vital part in supporting people's health and wellbeing and that has become even more important as we address the challenges presented by Covid-19.

"The Green Flag award celebrates the dedication that goes into maintaining Wyndham Park to such a high standard and special thanks must go to the volunteers of the Wyndham Park Forum who play such a vital role in this."

Keep Britain Tidy Chief Executive Allison Ogden-Newton OBE said: "This year, more than ever, our parks and green spaces have been a lifeline and we know that millions of people have used them to relax, meet friends, exercise or simply escape for a short time.

"It is testament to the incredible dedication and hard work of parks staff and volunteers that, despite the challenges, Wyndham Park has achieved the highest international standards demanded by the Green Flag Award."

Visitors to SKDC's public parks are asked to adhere to Government directives and restrictions current at the time of their visit. 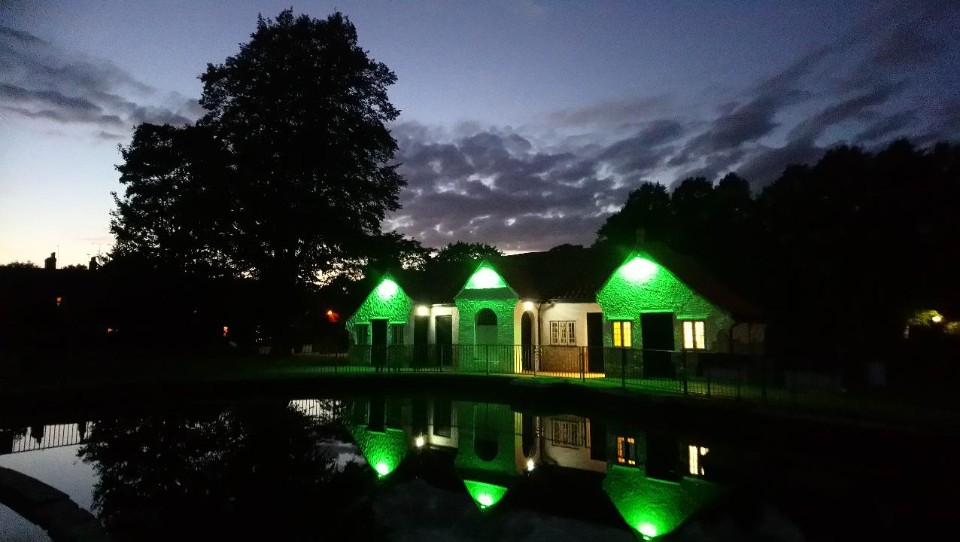