Chris Kennedy from Roll and Scroll in Grantham has worked free of charge on the Wyndham Park plaque that pays tribute to the men of Grantham borough who fought in the Great War. Cllr Charmaine Morgan and the Wyndham Park Forum covered the cost of materials.

Cllr Smith said: "We are very grateful to all those involved in ensuring that the park once more has a fitting tribute recognising the sacrifice made by so many."

The plaque, which was smashed by vandals in July 2019, had been installed in the park's Memorial Shelter as part of Remembrance events in 2008. It was a replica of the original which now hangs in Grantham's Guildhall.

Cllr Dr Moseley said: "The memorial plaque remembers those who endured so much to ensure future generations enjoy the kind of freedoms which, sadly, a tiny minority take for granted. It is wonderful to see Grantham's true community spirit shining through in the shape of Chris's wonderful work."

Cllr Morgan, whose ward covers the park, said: "It was very disappointing that such an important commemoration was so badly damaged and I was more than happy to cover the cost of the replacement materials out of my own pocket."

The Secretary of the Wyndham Park Forum, Elizabeth Bowskill, added: "I was speechless when I was told about the plaque being vandalised. A sign underneath it had been pulled off the wall completely, and the memorial sipped off its wooden base and broken into small pieces. It was completely beyond repair.

"We are absolutely delighted with the new plaque, which will be admired by all those who visit the park every day. It has been beautifully designed and created and our thanks go to Chris for his skills and time, which are very much appreciated."

In addition to the plaque, Chris has donated a stunning 5ft metal sculpture of a Tommy that that was unveiled last month outside the park's Visitor Centre in tribute to those who fought in both world wars.

He said: "My work really is a labour of love. The pieces I produce carry a message with them as well and it is an honour to be see my work enjoyed by visitors to Wyndham Park." 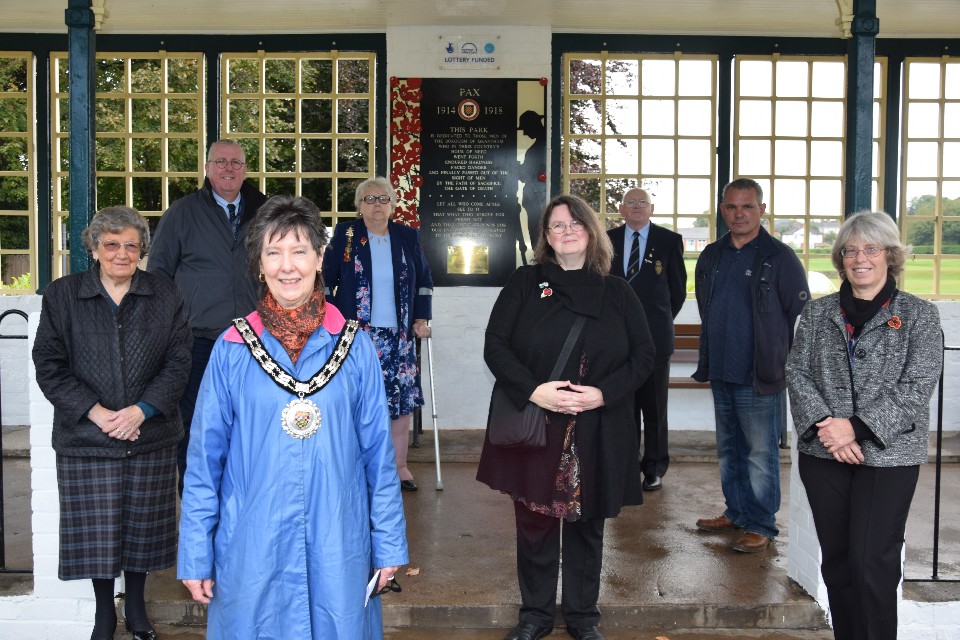