It was unveiled by SKDC Chairman Cllr Jacky Smith, with the Cabinet Member for Commercial and Operations, Cllr Dr Peter Moseley and local member Cllr Graham Jeal and in attendance.

Cllr Smith said: "We are very grateful to all those involved in ensuring that the park has another fitting tribute recognising the sacrifice made by so many.

"When children ask what this sculpture is about, their parents can tell them how so many Machine Gun Corps soldiers trained locally and passed through this park on their way to fight in the war, many never to return.

"We would like to extend our thanks to Chris and Michelle for such a generous and stunning gift."

The Secretary of the Wyndham Park Forum, Elizabeth Bowskill, said: "It has been beautifully designed and created and our thanks go to Chris for his skills and time, which are very much appreciated."

Tommy Atkins, often shortened to just Tommy, is slang for a regular soldier in the British Army and is particularly associated with World War One.

The 5ft work of art was created by Chris Kennedy of Roll and Scroll who, along with his wife Michelle, thought South Kesteven District Council's award-winning park would be the most appropriate home for it. The sculpture, all materials, time and workmanship were donated free of charge.

Chris said: "My work really is a labour of love. The pieces I produce carry a message with them and it is an honour to see my work enjoyed by visitors to Wyndham Park."

The Tommy will stand outside the Visitor Centre as a permanent memorial to those who made the ultimate sacrifice in defence of their country during both world wars.

Work to restore Wyndham Park to its former glory as a World War One Memorial Park was completed in 2018 in a £1m project supported by the Heritage Lottery Fund. 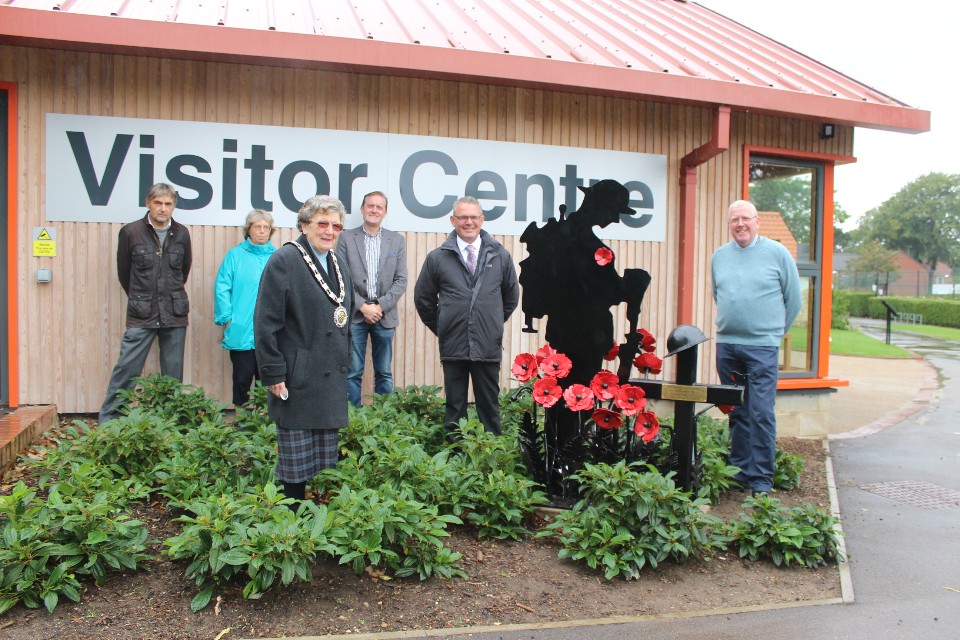