New re-wilding areas have been unveiled in Stamford on greenspace land at Rutland Heights, owned by South Kesteven District Council.

Two pockets of land on the Foxglove Road playing field are being allowed to go back to nature as part of SKDC's commitment to increase wildlife habitat and improve biodiversity.

The Foxglove Road area, where new play equipment will be installed later this year, is the second council re-wilding site to be announced as part of a district-wide trial launched in Market Deeping last week. Two further sites are planned for Bourne and Grantham.

Cllr Dr Peter Moseley, Cabinet  Member for Commercial and Operations said: "With the new play equipment going in, this will be a great opportunity for children to learn more about nature and we shall put up signage to show what to look for.

"They can see how grasses and other plants flourish as a haven for wildlife, insects, birds and mammals. It will take at least two years for these areas to establish and I would ask people to stay off them and give nature a chance."

Nikki Howson said: "We really support this idea and I think it make the whole area much more user-friendly. The re-wilding is going to add some interest and colour to the site for the whole community and work well alongside our play equipment."

Cllr Dr Moseley added: "Increased biodiversity is a key contributor to the health of our communities and the whole district. We are not doing this to save money but to re-connect people with nature at minimal cost.

"Not all areas are right for re-wilding. We have chosen sites carefully as part of maintaining our greenspace to high standards and we do have the option of cutting them back if they become too overgrown."

Nikki Howson said; "We really support this idea and I think it will make the whole area much more user-friendly. The re-wilding is going to add some interest and colour for the whole community and work well alongside our play equipment." 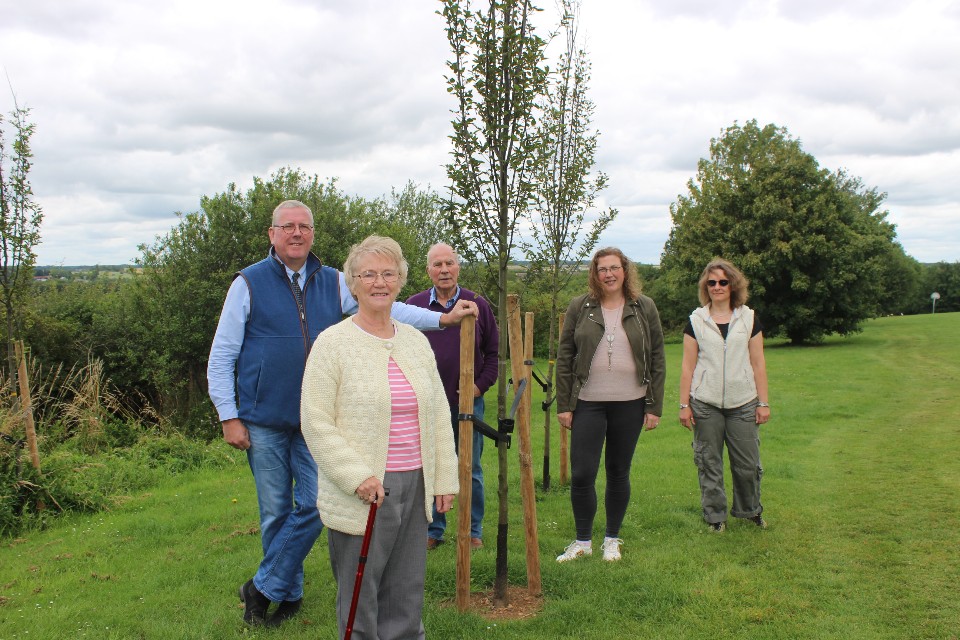