Green space sites have been chosen in Market Deeping and Stamford as part of SKDC's commitment to increase wildlife habitat and improve biodiversity. Others are planned for Bourne and Grantham.

Cllr Dr Peter Moseley, Cabinet  Member for Commercial and Operations visited the first site, a strip of land at the northern edge of public space adjacent to Tattershall Drive in Market Deeping, to mark the start of the project.

He was joined by fellow SKDC councillors and supporters of the project, Ashley Baxter and Virginia Moran.

Cllr Dr Moseley said:  "I hope that people, and children in particular, can use this site as a way to learn more about our natural world.

"We have chosen these sites very carefully. We are committed to high standards of greenspace maintenance across the district and the concept of re-wilding is only appropriate in some places.

"We are always keen to look at ways to improve the environment across the district but we will be seeking people's opinions as these sites develop.

"We are allowing tall grasses to grow and other plant species to flourish, encouraging wildlife, insects, birds and mammals to create a balanced natural environment.

"Increased biodiversity is extremely important to the health of our local communities and the district as a whole. This is not about trying to save money but actually re-connecting people with nature at minimal cost.

"We will need to give these areas at least two years to establish to see the benefit and I would politely ask people to respect that and stay off them so nature can really take a hold."

Local councillors were consulted over appropriate re-wilding sites and signage will explain how they will contribute to the local environment.

Three trees will be planted on the area in the winter, and  SKDC has said that, if the re-wilding areas get too overgrown or unpleasant, they will be cut again.

The Foxglove play area on Stamford's Rutland Heights is the second planned re-wilding site, with another being considered in Bourne. In Grantham, the location is part of the Blue Green environmental project in Queen Elizabeth Park. 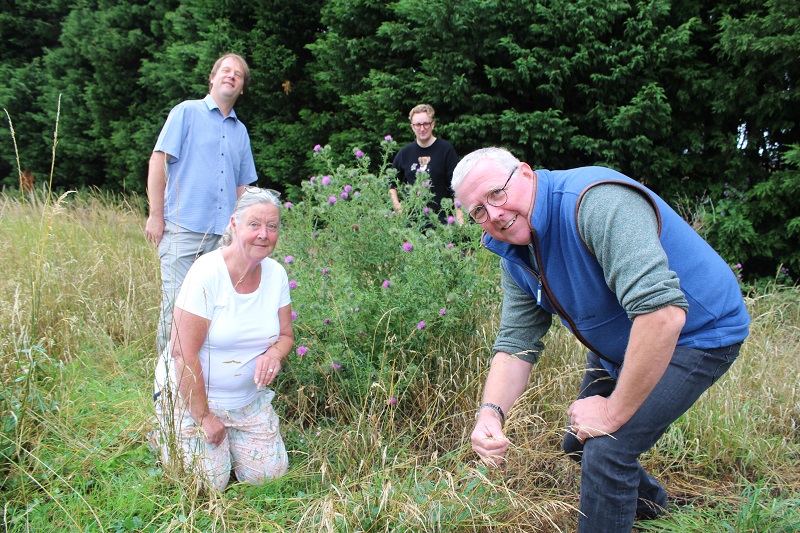