The 5-metre peg sculpture, which sits on an earth mound, was fenced off last month for safety reasons after the hot weather, combined with the turf failing to bind, caused the mound to erode.

Fineturf, a leading supplier of sports turf based at Carlton Scroop, has provided 25sq m of heavy duty turf free of charge, which will be used to repair the earthworks. Volunteers from the Friends of Queen Elizabeth Park group will water the turf to help ensure it binds.

Business Development Manager Harry Glenn said: "The sculpture turf is a relatively small order for us and, as a local company, we were happy to help out."

SKDC Cabinet Member for Commercial and Operations, Cllr Dr Peter Moseley, said: "We are extremely grateful to Fineturf for supplying the turf free of charge. The sculpture has proved to be a real talking point and it will be great to see it once again looking its best."

The peg, by sculptor Nigel Sardeson, was unveiled in September last year. It was paid for with a parks improvement grant from the Ministry of Housing, Communities and Local Government. 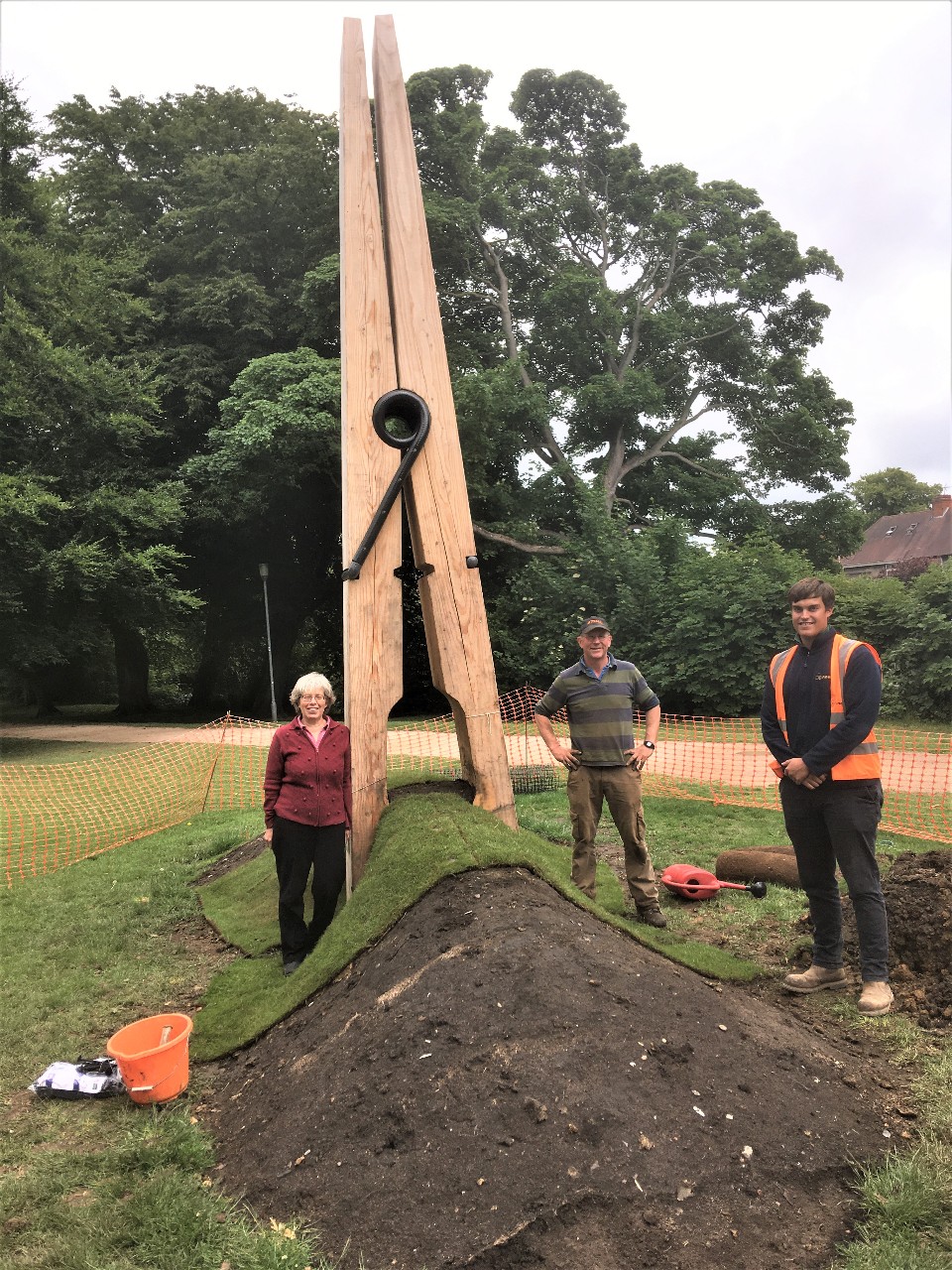