The prolonged hot, dry spell throughout May caused water levels to drop. In order to aerate the water and create more oxygen for the fish firefighters set up a pump to extract water from one point and spray it back in a short distance away.

A small number of fish had died, but those observed in the water appeared to be healthy. Some were spawning, which they would not do if they were distressed.

SKDC Cabinet Member for Commercial and Operations, Cllr Dr Peter Moseley, said despite the weekend showers more rain was needed to raise water levels but that creating more oxygen would help in the meantime.

"It had been so dry for so long that the level of water in the canal was lower than normal, and we wanted to do something to ease the situation," he said.

"The Fire Service helped us in 2018 when water levels also fell on this challenging stretch of the canal during another long hot spell of weather, and we are very grateful to them again for their continued support."

The firefighters used the call for assistance as an opportunity for some pump training and have agreed to return to aerate the water again when it is needed and they are available to do so.

Council officers will continue regular patrols of the canal to monitor the situation. 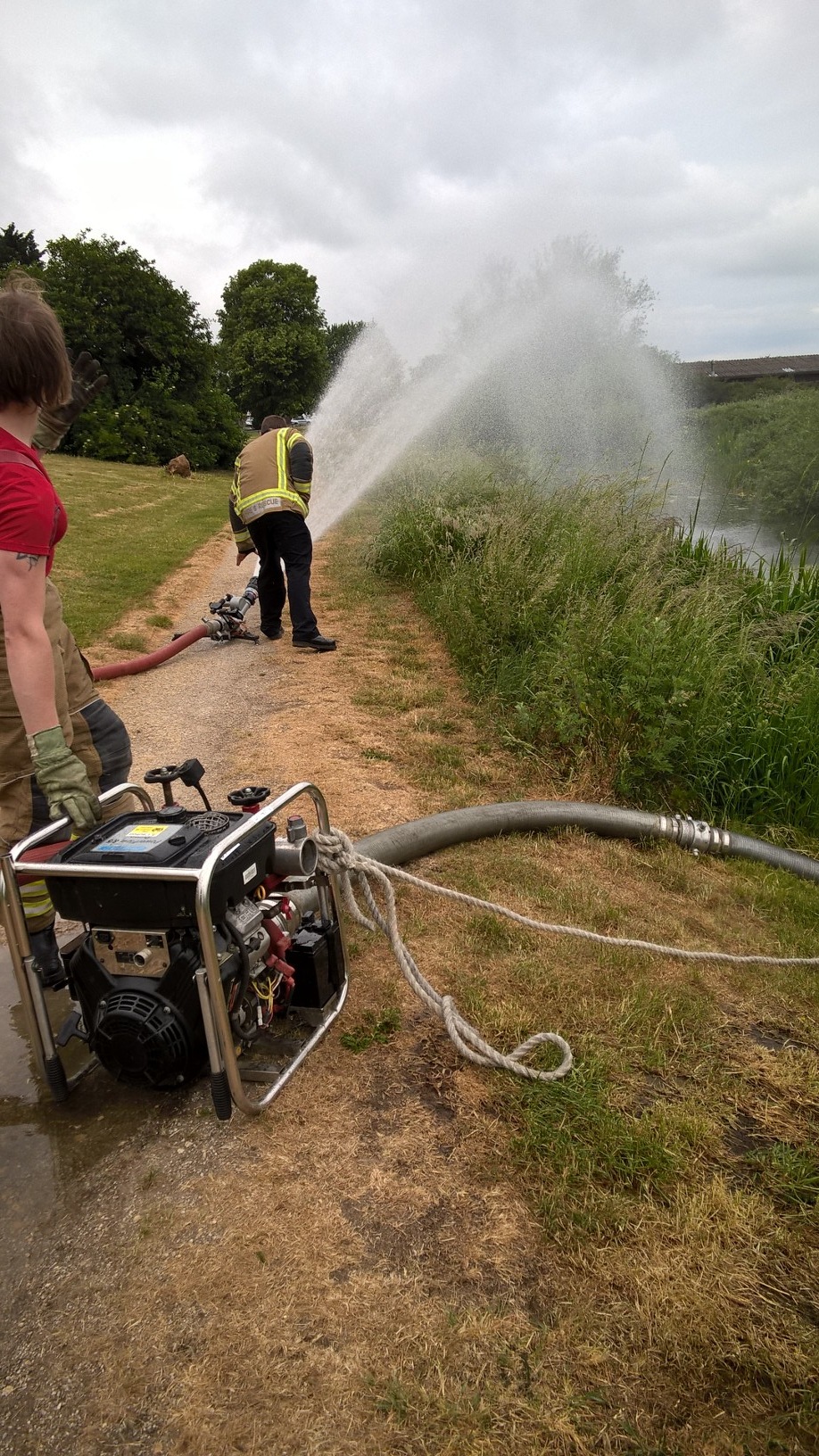