Anita Eckersley, who works for South Kesteven District Council, has given a mother's perspective based on her daughter Becky's 20 years' Army service.

Anita and Becky feature in one of four stories on the RBL website about veterans who needed help as a result of their military service and explain how family members can be affected.

For Anita, it's an opportunity to raise awareness of mental health issues suffered by Armed Forces personnel and how the Legion has supported her daughter.

"I wanted to add my voice to the campaign to make people aware that the Legion is there to help veterans like Becky," said Anita. "They don't have to suffer alone."

Their story - Life With A Daughter In The Army - provides a powerful message as part of the Legion's They Still Go campaign.

Becky joined up when she was 19, following her two brothers into the Services. Her postings included Germany, the Falkland Islands and Oman before serving as an ambulance driver during the Iraq conflict of 2003.

"It was a shock because signing up is such a big thing," said Anita. "I was proud that she'd found something that she wanted to do, but also very anxious because I know what going into the Army can mean.

"You ask yourself if you should let them go, but she was doing what she wanted to do so my support and encouragement were needed.

"When you watch media coverage you only see what they choose to broadcast and it's often the awful bits, which makes you fear the worst. Part of me wanted to shut myself away and draw the blinds."

When Becky returned to the UK she began to struggle with her mental health.  She left the Army with recurrent depression and has been fighting back from a nervous breakdown suffered in 2017.

"It's been hard to see her going through such a difficult time and feeling powerless to help," said Anita"You ask yourself, should I let them go? But at the same time, they're doing what they want to do and so my support is needed."It I".

"Becky asked if I would get involved with the Legion campaign and I was extremely proud that she suggested it.  I have never really voiced my opinion and I just hope it helps people understand.

"It's not about me. It's about people like me - all the mums and dads and relatives who haven't got an avenue to express their feelings."

Becky has been helped in her rehabilitation by Battle Back, which was established by the Legion in 2011 to support wounded and injured service personnel returning from Iraq and Afghanistan through sport and adventurous training programmes.

She has now launched a painting and decorating business in the Grantham area, using training provided by Battle Back.

Anita's message in the approach to Remembrance Sunday is simple: "Please be generous. I know from personal experience what a difference the Legion makes to people like my daughter."

Anita and Becky's stories are at
https://www.britishlegion.org.uk/stories/they-still-go 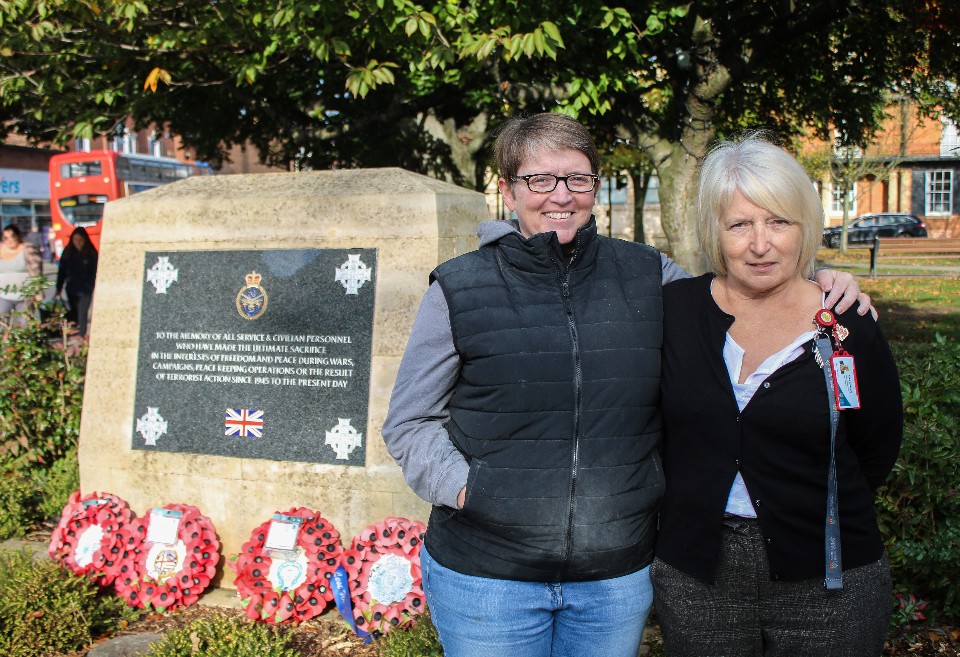